SOLOMON OWAYDA
Solomon is a founding partner of Mozaic Capital with over 27 years of experience investing and managing institutional private equity investment portfolios. Prior to forming Mozaic Capital, Solomon was a Managing Director at Siguler Guff where he joined the firm in 2010 as a senior member of the investment team. Solomon worked on separate accounts and interacted closely with CIO’s of pension funds in analyzing and disposition of private equity partnership interests.

Prior to joining Siguler Guff, Solomon was the Chief Investment Officer of SVG Advisors, the advisory business of SVG Capital PLC where he spent 12 years. Under his leadership the firm’s private equity portfolio grew to more than €4 billion under management. The firm pioneered the use of securitization to raise money through debt and equity offerings. He helped establish the firm’s secondary business, and transacted in close to $1 billion of interests

From 1988-1997 Solomon was at the California State Teachers Retirement System (CalSTRS) as the Director of the Alternative Investments program. During his tenure, CalSTRS committed over US$2 billion to US and European partnerships, and made the first secondary investment for the program. While at CalSTRS, he also helped establish the Institutional Limited Partners Association (ILPA) and served as the group’s Chairman until leaving the pension fund in 1997.

Solomon is currently a trustee of The Church Pension Group, an $11 Billion Pension Fund where he serves on the Investment and Audit Committees.
contact solomon 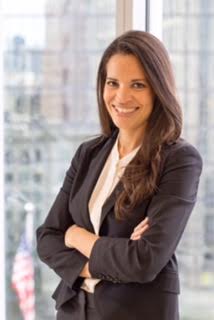 Prior to HarbourVest, Christine was a founding member of the infrastructure M&A advisory practice at Citigroup in New York. While at Citigroup, Christine advised private equity managers, listed fund managers and  alternative asset fund managers, whom she advised on multi-billion dollar acquisitions and divestitures.  Christine also advised clients on private equity fund structuring, private placement,  and initial public offerings for private equity listed funds.  Prior to her role in the investment bank, Christine was a founding member of the Public Sector Group at Citigroup, where she advised sovereign clients on large asset divestitures.  Her career at Citigroup began in the Structured Corporate Finance group.

Christine holds an M.B.A. from MIT's Sloan School of Business and a B.S. from Babson College.  Christine currently sits on the City Year Seven Generations Board in Boston, and is an advisory board member of Shine for Girls.
contact christine MAUREEN LYNCH
Maureen Lynch is the Operations Manager for Mozaic Capital bringing 18 years of operations and management experience.  Prior to joining Mozaic Capital, Maureen spent three years as Administrative Team Manager at Bain Capital, managing and directing 100+ administrative personnel throughout across six US offices.  Prior to her role at Bain Capital, Maureen was Office Manager for the Boston office of SVG Advisers.  Her responsibilities at SVG included firm compliance, accounting, HR, and general administration.

Maureen studied Business Management at Quincy College and is an active member and club officer at Quincy Toastmasters.
contact MAUREEN 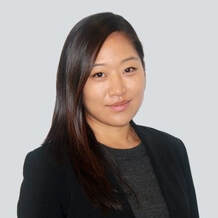 MYRA CHOO
Myra is a Director of Mozaic Capital and brings over 10 years of experience across private equity investing, fundraising and investor relations.
​
Most recently, Myra led the San Francisco office of MVision Private Equity Advisers, responsible for West Coast investor relations. In that role, she advised on over $2.5 billion of fundraisings. Prior to MVision, Myra served as an investor relations professional at Thomas H. Lee Partners, where she focused on the firm’s Asia-based investor relationships. Myra began her private equity career at HarbourVest Partners, working with Mozaic Co-founder Christine Patrinos as an investment professional in the primary partnership group. While at HarbourVest, Myra invested and advised on private equity fund interests across managers in the U.S., Israel and Latin America.

Marcello graduated Boston College's Carroll School of Management with a bachelors degree in management, concentrating in finance and business analytics, with a minor in philosophy.
contact MARCELLO